The Boys & Girls Clubs of Hudson County traces its history back to 1893 and the founding of the Whittier House Social Settlement in Jersey City, the first settlement house in New Jersey. Founded by Cornelia Foster Bradford, who would remain with the organization as headworker until 1926, Whittier House, named for Cornelia Bradford’s friend John Greenleaf Whittier, was located at 174 Grand Street. 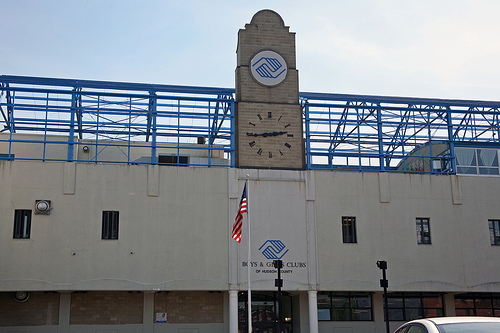 Whittier House programs included the city’s first free kindergarten, a circulating library, a medical dispensary, a milk dispensary, and a diet kitchen for mothers and babies. Community recreation needs were filled by the only public playground in the city, a gymnasium, and a summer camp at Pomona, New York. Among the clubs and classes offered were sewing, cooking, drama, music, debating, English, elocution, and dance, as well as social clubs for mothers (the first woman’s group in the city), newsboys and young citizens. Whittier House also sponsored baseball clubs, a minstrel troupe, and classes in stenography and telegraphy.

Financial difficulties led to a takeover by the Boys’ Club of Jersey City in 1935. Club activities were continued for both boys and girls, often with the assistance of the Works Progress Administration. The Whittier House name was officially changed to the Whittier House Boys’ Club in 1940, where the Jersey City Boys’ Club maintained residence until the building at 174 Grand Street burned down in 1981.

The Jersey City Boys Club, Whittier House, and the Paul Revere Boys Club (founded by Enos Jones in the 1930's) merged in the 1980's. The Club found a new home in a renovated coal bunker on Canal Street in 1984 and simultaneously opening the Hoboken Clubhouse. In 1991, the Club officially became the Boys & Girls Clubs of Hudson County, giving girls equal membership. 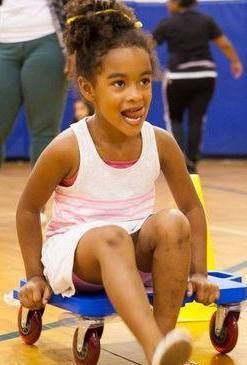 WHY THE BOYS & GIRLS CLUBS OF HUDSON COUNTY?

The Boys & Girls Club Movement holds an intrinsic belief that every child in America deserves an equal chance to pursue the American Dream, to have a genuine opportunity to realize their full potential – to achieve a Great Future. Throughout our 155-year history, Clubs have sought to provide children with hope and the opportunity to pursue their dreams. Our long-term commitment and passionate desire to make a difference have enabled the Boys & Girls Club Movement to grow from 53 Clubs in 1906, to 1,000 Clubs in 1972, to 2,000 Clubs in 1998, to 4,200 Clubs today.

At the Boys & Girls Clubs of Hudson County we work to provide all of our members with high-quality programming that is safe, fun, and makes a measurable difference, with an ultimate goal of imparting to them the skills needed to achieve success in the 21st century. We recognize that no single organization can provide everything needed to enable youth to succeed, and so the Boys & Girls Clubs is constantly working to forge dynamic partnerships with local schools, community organizations, and coalitions to maximize our collective resources and the ultimate impact we make in the lives of the young people we serve.

Stay up-to-date with latest news from our clubs

This template controls the elements:

* This message is only visible in administrative mode